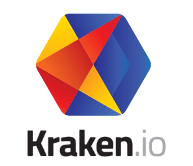 I was planning to keep everyone updated about SeaMist however, some pressing work came in between. But now I finally found some time to cover important kraken topics.

Probably the most important topic to mention is the Death of project SeaMist. SeaMist initially started as something small and simple which I used for some personal projects. It later got extended to support more and more features. And eventually discovered by the community, which was odd because of the name.

To keep a long story short, SeaMist has been renamed to kraken-net however I’ve made some internal changes as well to make sure future updated can be implemented without much difficulties (design and testability). Which also includes the creation of a .net core version in the future.

Image Sets allow you to apply multiple image resize, crop and compression instructions to a single image. The maximum value is currently 10 items per request, which should be sufficient for most scenarios.

This is especially helpful when dealing with large image uploads given that it’s not required to upload the image twice in case you would like to create a compressed image and a thumbnail.

Note: Additional samples can be found on the project website.

The development of kraken-powershell was stopped do to versioning issues (well and some time constraints) with the newtonsoft json library. Given that this has been resolved in kraken-net, new updates have been published recently. This includes an upload/compression progress bar, support for AWS S3 Storage and exposing request level exceptions.

Future updates will include Header and Metadata support for Azure Blob Storage as well as AWS S3, a helper command for downloading images in batch and the ability to alter default compression settings.

Kraken-powershell was created to quickly upload and compress existing assets in large volumes using the command line. It highly depending on kraken.io’s default compression settings which will not change in the future. A command line interface is not the same as a full featured .Net client. You can still use the kraken-net library directly within your PowerShell scripts instead if desired.