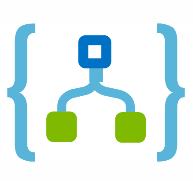 Hey, Logic App friends. I’ve noticed that Logic Apps has increased in popularity. Because of this, I would like to make people aware of the articles I’ve published. Here a list of posts covering basic App Logic building blocks. All examples are simple to understand and recreate.

Before you dive into Logic Apps, make sure that you aren’t working with old samples. Some articles target older preview versions/schemas, which might be confusing because many things have changed. This includes the language, building blocks (actions), and, most of all, the GUI.

A basic tip. If you see the old GUI within examples, ignoring it. It can be frustrating to work with older examples. So, how do I know if the samples are based on an old version? By comparing the GUI as shown in the picture below;

Another pointer would be the schema version. It’s best to ignore version 2014-12-02. Old VS New

I’ve written many examples in the past. I’ve listed the ones that are helpful for day to day usage.

This post shows what it takes to Post data from within an HTTP action. Also, I cover how to construct ‘form-data’ and headers. Need to post JSON data? No problem.

JSON is a popular notation for transmitting data through web services. Therefore, it’s essential to understand how to parse JSON within Logic Apps.

Dealing with Arrays and looping structures

In this article, I cover how to iterate over data. This is simple to do; however, there are some gotchas.

Examples that can help integrating Logic apps with other systems.

A sample-based on webbooks and, therefore, usable in many cases. This post explains how to reuse existing workbooks within your workflow. This can be a great automation purposes. For example, startup and suspend VM’s on-demand. Or even create new environments using Azure deployment templates.

Serverless computing is getting more and more exciting. Therefore, it’s of great value to know how to integrate with Azure Functions.